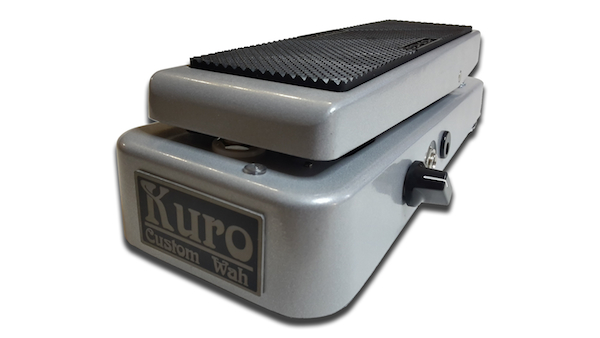 Here is my take on a classic pedal because I’ve always been annoyed from those piercing acid highs, dull mids and short sweep range the majority of wah has nowadays!
Kuro Custom Wah has musical and pleasent highs, vocal like mids and a good amount of bass, its sweep range is long and can be really helpful for those who like to use all the different tonal shades that can be found from heel to toe, and most important of all it doesn’t get lost in the mix!
Built on turret board like the old amps, it can be fitted with an output buffer to help the use with pedals like fuzzes, an output volume boost with its own control and a Q control, or kept simple in its standard version. 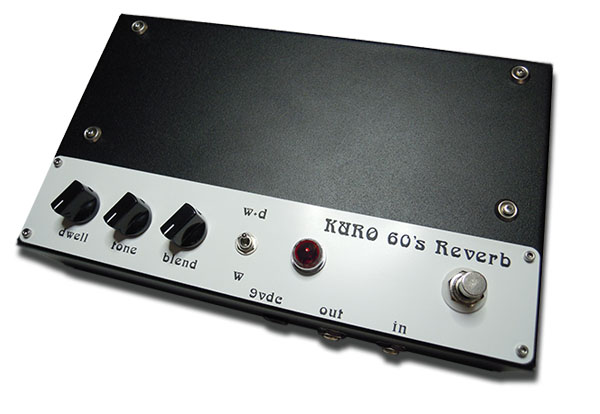 The goal here was to achieve a warm and vintage reverb sound, with a natural decay, so what’s better than a spring reverb? The reference was an old tube driven reverb unit, but I wanted it to fit on a pedalboard and not to weigh like an amp! Equipped with a nice blend control to find its sweet spot and a tone control that shapes the overall reverb tone. 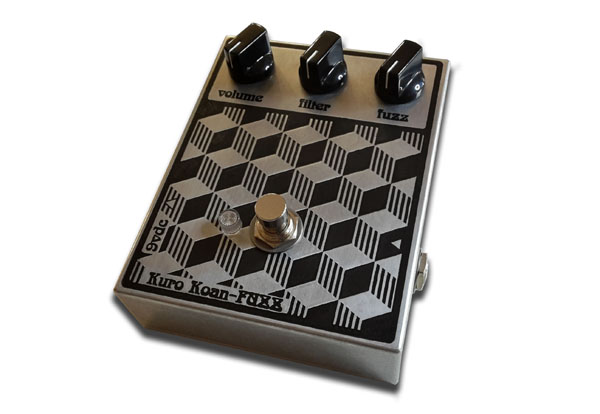 This fuzz was born as an experiment after my buddy’s request, I tried to put together a fuzz that could go on those classical “vintage” sounds to more modern ones, but it had to be FAT and consistent, and not muffled or acid like many others are. That’s why I started out with the famous “smiley face fuzz” and tweaked it, then added a powerful filter control and a good amount of volume to drive anything you want!
We can go from crispy and mellow sounds to a more massive fuzz and everything in between!
There are lots of musical overtones to find out! 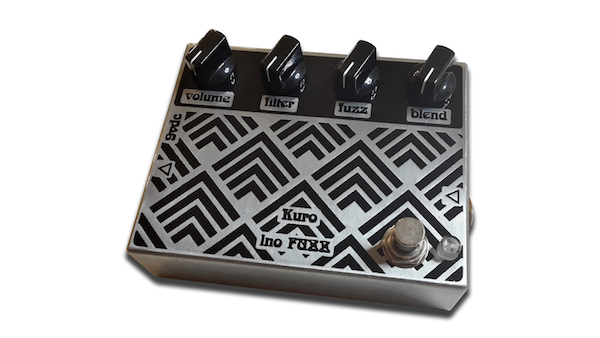 INO (in japanese it stands for wild hog) was built after a request of making a bass fuzz that can be controlled in an accurate way to find its sweet spot, it goes from subtle fuzz into over the top fuzziness but still retaining lots of definition and all the bass tones intact. 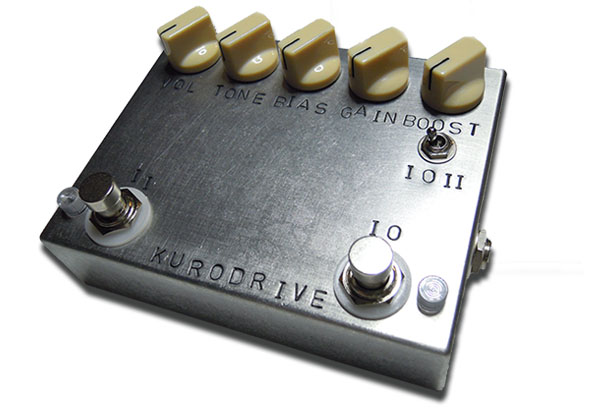 The goal here was to obtain the most natural sounding overdrive unlike many other pedals. It ended up with an incredibly note separation, dynamic, fast attack (every pick note does not get flatten out) and natural sustain, very tube like!
We can go from a pure clean boost with lots of headroom to a more distinct overdrive and everything in between!
The bottom end is preserved while retaining low notes attack and definition, mids are well focused on the entire range, and highs are full of harmonic content. There are two gain controls that can be activated by their own footswitch with a status LED, allowing to get two different levels of saturation when needed. Tone control works in a classical way, not boosting or cutting but opening less or more the high end frequency, the bias control lets you decide the overall character of the pedal. A three way clipping switch sets the way KURODRIVE distorts, making it even more versatile! 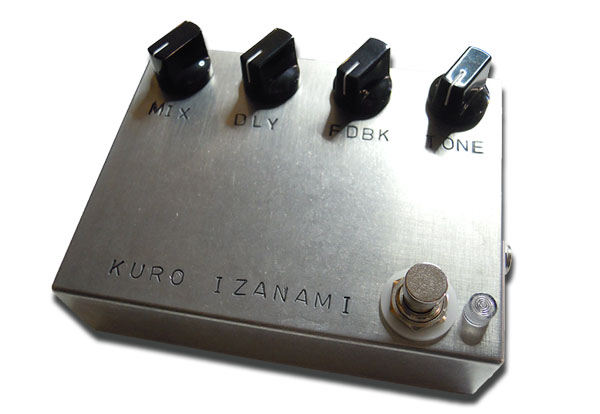 IZANAMI is an analog/digital delay that emulates an analog echo delay, it goes from outstanding slap back delay to 800ms delay.
Warm and lush delays, it works great before or in an amp effects loop! 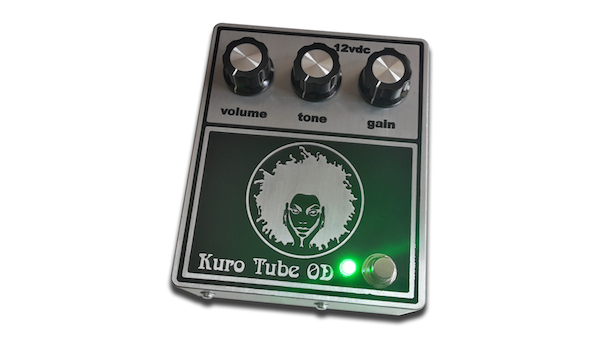 Real tube overdrive/boost with a hi voltage powered 12AX7, it delivers warm tones and some mild vintage overdrive, built on turret board with a custom graphic! 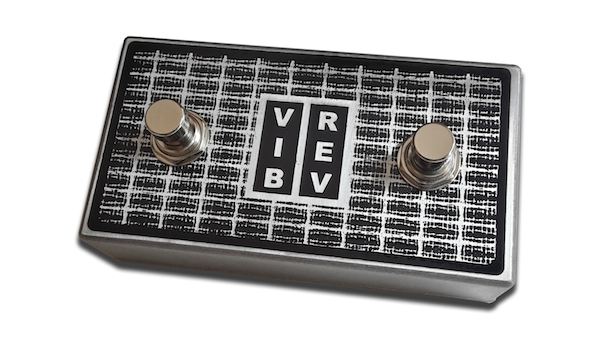 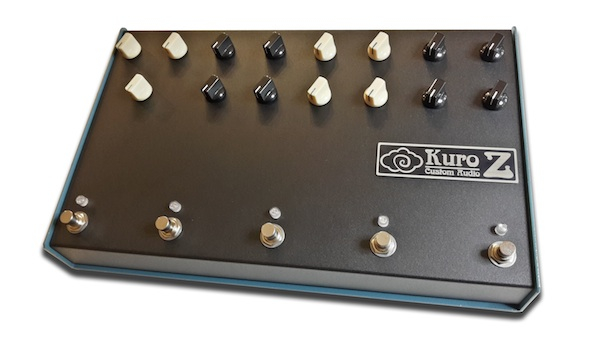 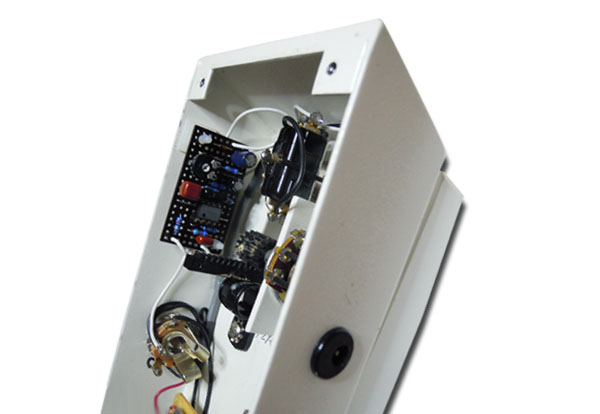 Wah Retrofit Output Buffer, simple and effective, wah can now be used before a classic fuzz pedal! It does not color the wah tone, nor alter the overall sound, it makes the wah come alive with low impedance input pedals. Comes with an useful output volume control. 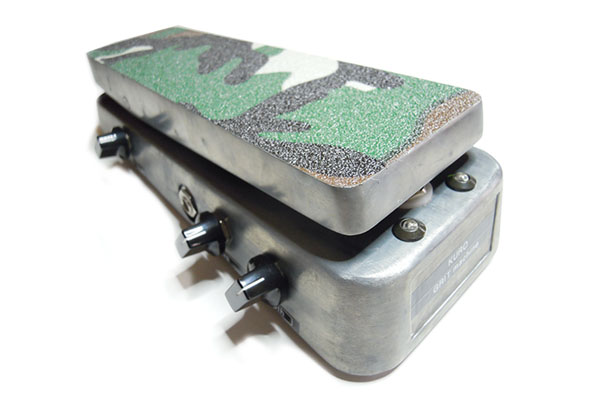 GRIT machine can be seen as an instrument by itself, it is an LFO (Low Frequency Oscillator) with modulation of amplitude or bandpass filter, it goes from classic type tremolo sounds to helicopter pulsating sounds to amazing filter shifting sounds. 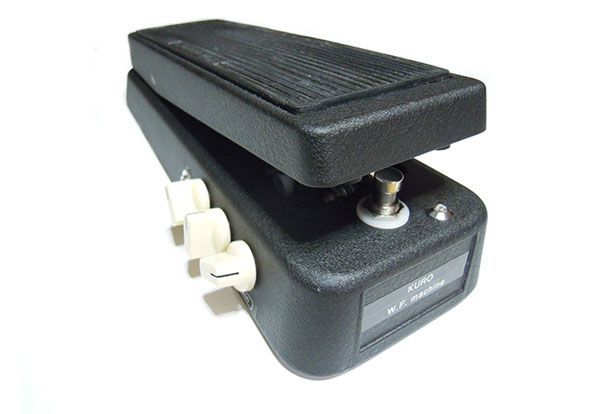 WF machine is a cool overdrive that turns into a crazy fuzz, it can be used in a classical way or to achieve some crazy self oscillating lo-fi sounds, with its filter sweep control there are lots of overtones! 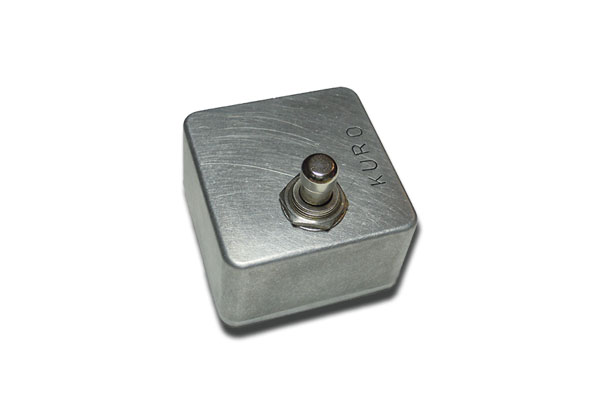 Mini AUX switcher for bank down or tap tempo to use with Eventide® Factors! 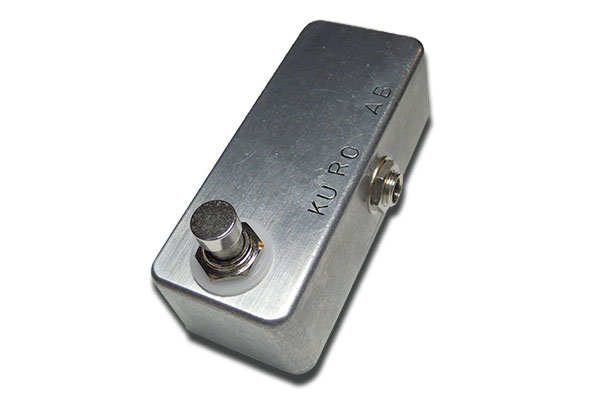 Simple and effective A/B switch, to make the purest passive signal path. Comes with or without LEDs on request. 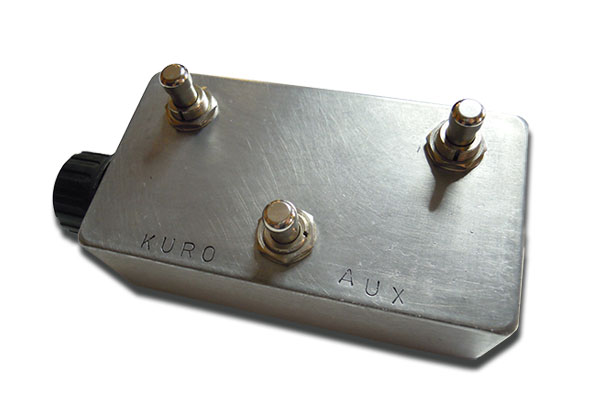 AUX switcher with expression control to expand Eventide® Factors functions! Works with Strymon® and others too!